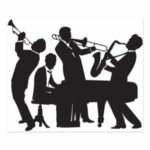 I've Heard That Song Before (IHTSB) with Stephanie Robinson
2021 12 IHTSB December 12 music from the one and only, Frank Sinatra!

Today we’ll be having a birthday celebration, of a very successful entertainer in the popular music field, and that’s Frank Sinatra, who was born on December 12, 1915. During his time Frank Sinatra was one of the most important and enduring jazz and popular music figures of the 20th century. His career spanned six decades, beginning in the 1930s and lasting into the 90s. He weathered all kinds of trends in jazz popular music, defining some of them and maintaining his appeal throughout the others. Perhaps what he is best known for is his unique talent for phrasing and interpretation. His voice was particularly noted for its intimacy and direct appeal to the listener which proved impossible to resist. He interpreted jazz and popular standards in a way that made them, quite literally, perennial. Both as a singer and movie star, Sinatra is very much one of the great artists in the entertainment field in the 20th century.